Why I became a Forecaster Herman Stekler 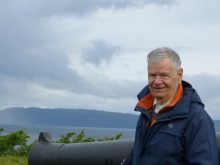 In writing this little biographical sketch, I have come to realize that reconstructing historical events as they occurred in real-time is as difficult as making an actual forecast. I did not plan on becoming a forecaster; it was completely fortuitous.

When I graduated from college in 1955 and went to MIT, I had hoped to become an applied economist and aspired to work in a large US corporation.

Given that goal, I took courses in accounting, industrial organization and applied statistics. I had the belief that forecasting would provide an entry into corporate America. Consequently, I wrote a term paper forecasting steel demand using multiple regression. (Using the technology of that time. It took over an hour to invert a 3×3 matrix.)

Then a fortuitous event occurred. Sidney Alexander, who had been a corporate economist, joined the MIT faculty and he would become my thesis advisor. He was writing what turned out to be a seminal paper on indicator forecasting and I started working with him even before I had passed my qualifying exams. I wrote a thesis that consisted of various topics in forecasting.

When I entered the job market, I had many job interviews, both academic and corporate. After these interviews, my career path changed because I realized that my personality and corporate culture collided. I, therefore, chose to become an academic economist. Then, for some reason that I cannot explain, I decided not to undertake further research into economic forecasting issues. I ventured off into the field of industrial organization, an area that also interested me, but did not have spectacular success.

Then a second fortuitous event occurred. A Berkeley colleague asked me to undertake a consulting project: Evaluate the forecasting record of all existing econometric models. I completed the task and wrote several papers on the subject. This revitalized my interest in forecasting.

The rest is history. My forecasting knowledge was useful at the Fed, the Council on Wage and Price Stability and even within the Defense community. This community was interested in forecasting technological progress in military aircraft and even the economic effects of a war similar to WWII. More recently I discovered interesting issues in sports and political forecasting. Although I became a forecaster by chance, it obviously was the right career for me. I am still working and interested in these topics even now at age 82.

Share This:
By International Institute of Forecasters|December 8th, 2014|Member Profile|