The International Institute of Forecasters (IIF), a nonprofit organization founded in 1982, is dedicated to developing and furthering the generation, distribution, and use of knowledge on forecasting through the following objectives:

1979   The International Institute of Forecasters was started by J. Scott Armstrong, Spyros Makridakis, Robert Carbone, and Robert Fildes, with support from INSEAD. The first journal was published by Wiley Publishing: the Journal of Forecasting. The objectives of the journal and the future ISFs were to promote the “Science of Forecasting” and scientific research. Within the first 2 years of publication, the journal had one of the highest citation rates.

1981   The first International Symposium on Forecasting (ISF) took place in Quebec with the goal of promoting the journal and generating content. The first conference started with invited papers from important names in the field, including Nobel Prize recipients.

1985   After negotiations on the future of the Journal of Forecasting with Wiley were unsuccessful, the IIF created the International Journal of Forecasting and negotiated our current relationship with Elsevier, under the direction of Michael Lawrence. The first editors of the IJF were Spyros Makridakis (1985-1987) and J. Scott Armstrong (1988-1989).

1985   After the ISF in Montreal, the IIF formed a board of directors and the current constitution. Estela Dagum was instrumental in drafting the first Constitution.

2022 The first song written for and about our annual symposium – thanks to our past director, Eric Stellwagen! 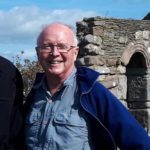 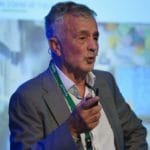 As a service to our members and the forecasting public, we provide the following documents for review:

Media Kit – advertising in The Oracle, Foresight and the IIF website